On the heels of his debut album, “I Know (You Don’t Know Me)” is the New Zealand based singer-songwriter, ErnieJ White. The alternative rock musician has created an immaculate 10 track album that showcases his unique ability to blend several genres and capture the feelings and emotions that many experience in their day to day lives.

From the warm guitar hooks to his deeply mesmerizing vocals, ErnieJ has created an album that traverses several soundscapes including blues, folk and rock music that is true to its core. Though he’s an emerging artist, tracks such as, “There You Go” and “Why Do You Care?” demonstrate what he’s capable of creating. This album is destined to be one of ErnieJ’s notable releases as it displays his extraordinary songwriting talent and exceptional sound.

Throughout this album, he wrote lyrics that dug deep and shared experiences (both intimate and public) - all of which helped make an album that felt incredibly modern and truly special. You can hear the dedication he poured into every song, capturing moments and translating them into unforgettable melodies and atmospheres. Every instrument and part in this album has the perfect balance and placement as they all pair amazingly well and create an environment that stands out all on its own. 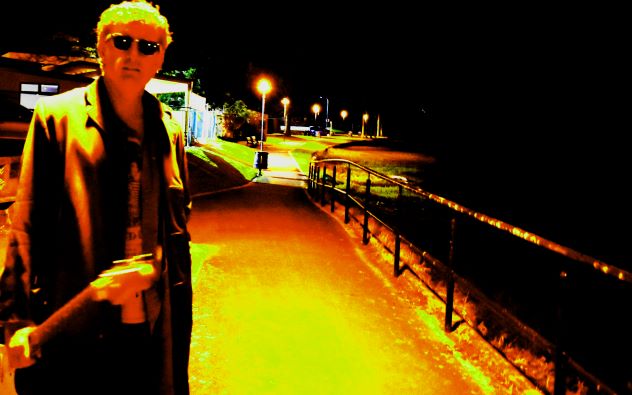 “I write about things that have happened to me, my family and friends. We all have secrets that can be told through a song,” says the singer-songwriter ErnieJ White who is currently based in Gisborne, New Zealand where he has been busy fine tuning his skillset as a singer-songwriter and producer.

After having experienced a traumatic accident in which the recovery process took several months, ErnieJ wasn’t able to play his guitar and instead took to songwriting in a unique and interesting way. As he slowly but surely began to heal, he continued to write lyrics and melodies that would eventually shape into his signature alternative rock sound. From his low end, raspy like vocals to the hypnotic melodies that he weaves in and out of his songs, ErnieJ is quickly carving out a name for himself.

Having performed alongside international touring acts such as Big Daddy Wilson, Isaiah Brunt and Shaun Kirk, as well as iconic Kiwi music legends Dragon. ErnieJ embraces his live shows and uses the energy from these moments to continue creating inspiring tracks that people of any background can connect with and appreciate. There is an emphasis within his work about being present and enjoying the ‘now’ moments in life and relishing in the hidden surprises of what’s to come with each day that passes.