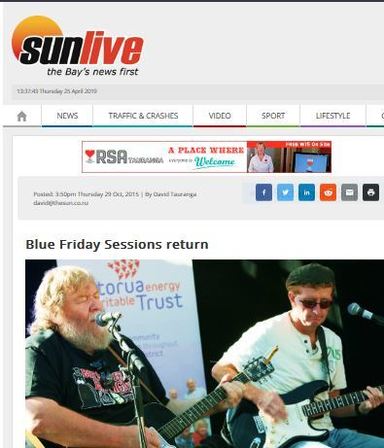 “The two have featured at the Rotorua Blues Festival and Eastland’s Harbour the Beat Festival, while this Labour Weekend they were playing at the Gisborne Food & Wine Festival.

“They specialise in the soulful influences of Magic Sam, Otis Rush, Buddy Guy, Howlin’ Wolf, Muddy Waters, Junior Wells and other greats. These boys can really play up a storm.”

Each session Derek and Mike present songs from their vast collection of blues and Americana, with different special guests each month performing and jamming.

The night will finish with a monster jam featuring Mike and Derek playing alongside Eastslide Blues.